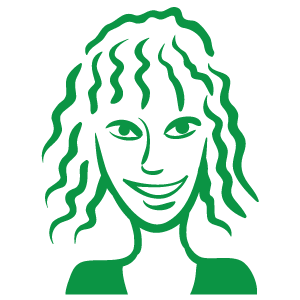 Flash cards can help a child learn a lot. Whether you are using flash cards for math, reading, social studies or science, repeating the same cards time after time can be effective, but boring. How do you make flash cards more fun for both you and your child? My blog is all about learning to use flash cards. You will find tips for making your own flash cards, ideas for making the time spent working with them more like a game and interesting facts that will help your child absorb the information more quickly. Enjoy reading and learning as much as I have enjoyed putting all of this together for you.

When searching for an elementary school for your child, you might have decided to look beyond traditional schools and programs and want to opt for a bilingual elementary school. If you're interested in sending your child to one of these schools for kindergarten or even for their full elementary education, these are some of the things that you're going to want to know.

Most Bilingual Schools Operate in English and Spanish

Your Family Does Not Have to Know Spanish

One big thing that you could be wondering is whether or not your family needs to know how to speak both English and Spanish in order for your child to attend a bilingual school. However, this is not necessary. Of course, if possible, you may want to try to introduce your child to Spanish at least a little bit before they start school. You might also find that this is a good time for the entire family to work on learning the language and immersing yourselves into the culture.

Your Child Can Benefit Greatly

Even if you are interested in sending your child to a bilingual school, you might not be completely sure that it's going to be a good idea for your family. However, bilingual schools can benefit children greatly. Learning a new language helps children in other areas of their academic work, too. Many children who attend bilingual schools test higher on standardized testing. Plus, your child can learn about a new culture that they might not otherwise be able to experience.

It's Important to Encourage Your Child to Keep Practicing

Your child will probably learn a lot of Spanish while they are in a bilingual school. Continuing to send them to a bilingual elementary school after kindergarten is a great idea since it will encourage them to continue learning and improving in Spanish. If your child ends up enrolling in another school that isn't bilingual, you may want to encourage them to practice Spanish so that their skills will improve rather than getting rusty.

Contact a bilingual elementary school for more information about their programs.